*By donating, you warrant this contribution is made by an individual and in compliance with FEC regulations. 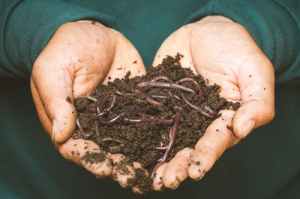 The ugly truth of what is happening to Palestinians in the West Bank and Gaza has been effectively hidden by media silence.  Israelis don’t want to look, and the West doesn’t know.  The Israeli Defense Force (IDF) and police protect and reinforce attacks by “settlers” which are increasingly vicious and frequent.  Israeli courts, police, and settlers have worked with the IDF and Civil Administration for de facto annexation of most of the West Bank.  What is happening to Palestinians exemplifies colonialism throughout the world.  Join the panelists listed below for an eye-opening discussion. ==== Envisioning a Greener New Deal, Wednesday, May 5, 2021, 6:00 p. m. MDT. We must halt environmental destruction while providing a better quality of life for everyone on Earth. Since our hope has been that alternative energy can replace fossil fuels, it can be overwhelming to learn of its limitations. How real are concerns with nuclear, solar, wind, and hydro-power Moderator Delilah Barrios (Green Party Latinx Caucus) hosts “As All Get Out” on the The Populist Voice channel. Registration required: https://zoom.us/meeting/register/tJMkduyrrD0sH9zpNMVQ6GraMf-j7jxSA2eW

GPAMA will have a panelist on the program on “Removing Pesticides From our Public Spaces” on Thursday, April 8, 2021 at 6:00 p. m. MDT.

We shared earlier information about the webinar on suppression of minor parties. The Gateway Greens out of the St. Louis area have hosted multiple informative webinars. GPAMA is a co-sponsor of the Zoom webinar, Berta Cáceres in Defense of Water Rights (click link to register).